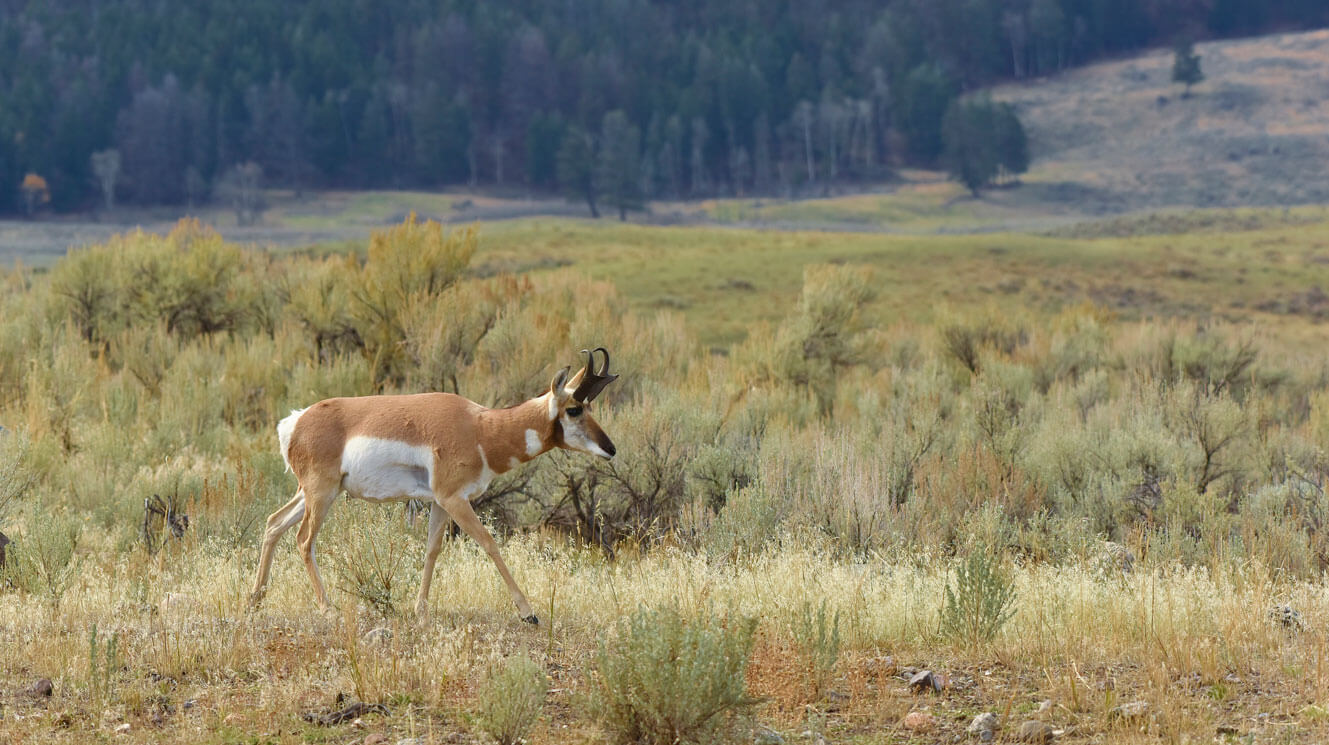 Photo: Paul Lueders
Pronghorn antelope are one of many wide-ranging species that would benefit from the Wildlife Corridors Conservation Act, a newly-introduced bill that would help protect habitat connections on public and private lands.

If you’ve been losing sleep over the recent United Nations report on the global biodiversity crisis, you’re not alone. Up to one million plant and animal species now stand at risk of extinction, news that has given the conservation movement broader international publicity than usual, even if it’s for all the wrong reasons.

But beyond the headlines, there’s actually some action and cause for hope coming from the halls of power, as a bipartisan group in Congress earlier this month introduced the Wildlife Corridors Conservation Act of 2019.

The Act would protect vital wildlife habitat through a National Wildlife Corridors Program. On public lands, this would give new protections to important corridors that link wildlife populations or host migrations. But beyond that, the Act would also establish a fund that helps protect wildlife corridors on non-federal lands.

At the Vital Ground Foundation, we pursue the vision of a connected landscape ensuring the long-term survival of grizzly bears and the many native species that share their range. As a land trust, we therefore focus on protecting critical habitat connections on privately-owned lands. With its potential to directly aid this vital effort, we eagerly signed onto a joint letter of support for the Wildlife Corridors Conservation Act, joining more than 200 other conservation-minded organizations in doing so.

Here’s what the Act’s lead sponsor, Sen. Tom Udall (D-NM), had to say, as quoted in a press release from the National Parks Conservation Association:

“The habitats and migration routes that our wildlife rely on to move and thrive are under increasing pressures, and our precious biodiversity along with it. … By designating corridors that would connect these vital habitats to one another, we can ensure the survival of some of our most iconic species, from the monarch butterfly to the Louisiana black bear, and preserve our precious wildlife for future generations to come.”

While the new bill will need great bipartisan momentum to pass through both the House and Senate, it’s introduction alone marks a step forward in the growing public call for the protection of connected landscapes. At Vital Ground, we’re on the front end of that push.

One Landscape is our new conservation plan. It’s primary aim is to safeguard 188,000 crucial acres that help re-connect the wild landscape of the Northern Rockies and Inland Northwest. Through conservation agreements and land purchases, we will safeguard key pathways for grizzly bears and other wide-ranging wildlife, as identified by the best available science and our planning with more than 60 wildlife experts from across the region.

So while it will take time for the Wildlife Corridors Conservation Act to journey through Congress, by supporting One Landscape you can ACT NOW to protect a connected wild region for future generations of wildlife and people alike!

Learn more about One Landscape…