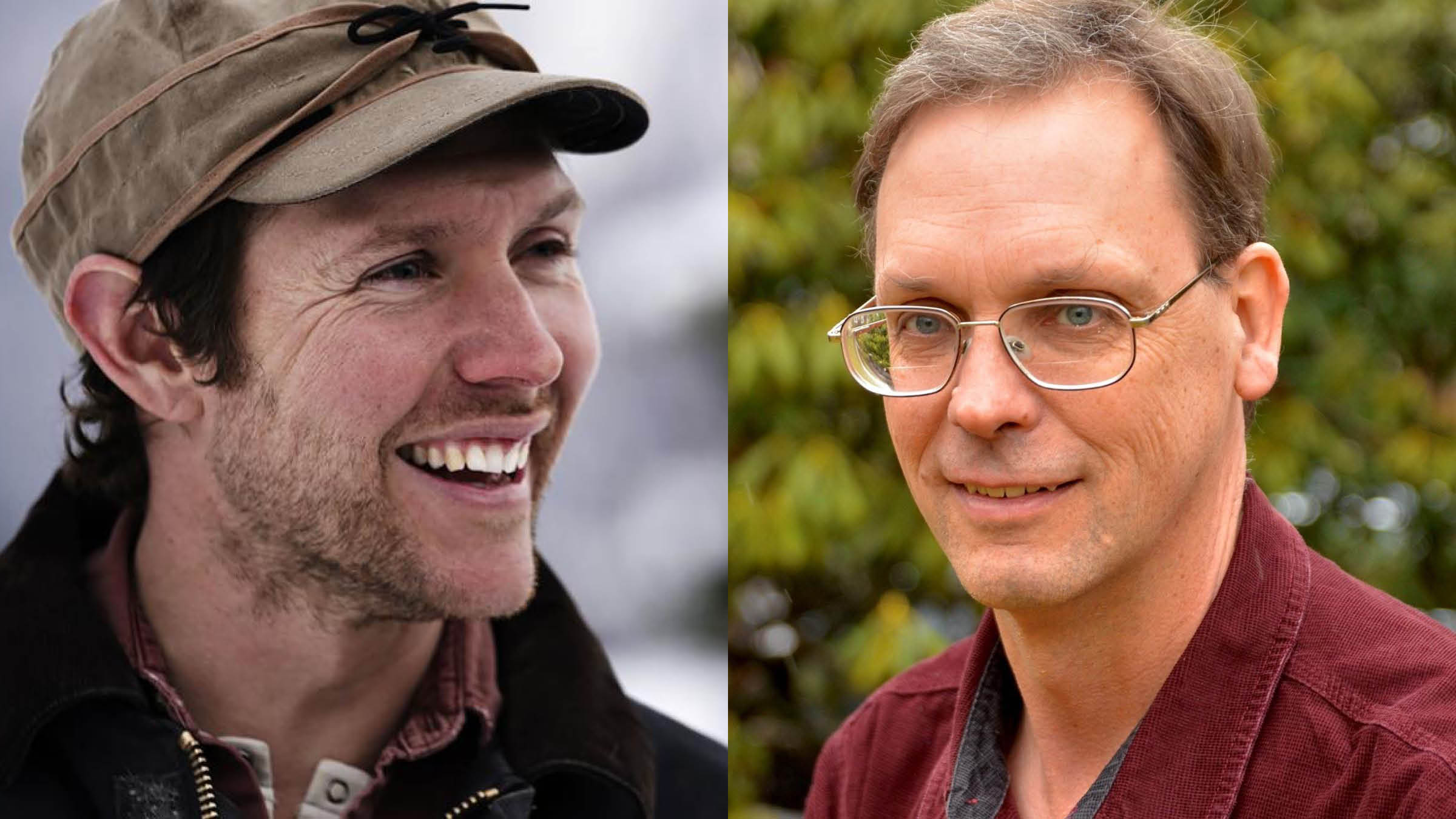 Grizzly bears are on the minds of many these days, including western Montana authors Bryce Andrews and Robert Chaney. Their recent books, Andrews’ Down from the Mountain and Chaney’s The Grizzly in the Driveway, explore the iconic bear’s past, present and future in the Northern Rockies and the complexities of humanity’s relationship with the grizzly. Join both authors and Vital Ground staff for a night of virtual bear talk on Tuesday, May 25!

Bryce Andrews is the author of Down from the Mountain: The Life and Death of a Grizzly Bear (2019) and Badluck Way: A Year on the Ragged Edge of the West (2014), which won the Barnes & Noble Discover Great New Writers Award and the Reading the West Book Award and was a finalist for the Washington State Book Award. Born and raised in Seattle, he has managed several cattle ranches in the West. Andrews now works with the conservation group and Vital Ground partner People and Carnivores and lives on a farm near Arlee, Montana.

Robert Chaney is the author of The Grizzly in the Driveway: The Return of Bears to a Crowded American West (2021). He grew up in western Montana and has spent most of his journalism career writing about the Rocky Mountain West, its people and their environment. He has won numerous awards for his writing and photography, including fellowships at the Nieman Foundation for Journalism at Harvard University and the National Evolutionary Science Center at Duke University. A reporter for the Missoulian, Chaney covers science and the environment.

Thank you for supporting grizzly conservation and local Montana authors. See you for a great conversation on Tuesday!

Learn more about grizzly bears in the Northern Rockies…