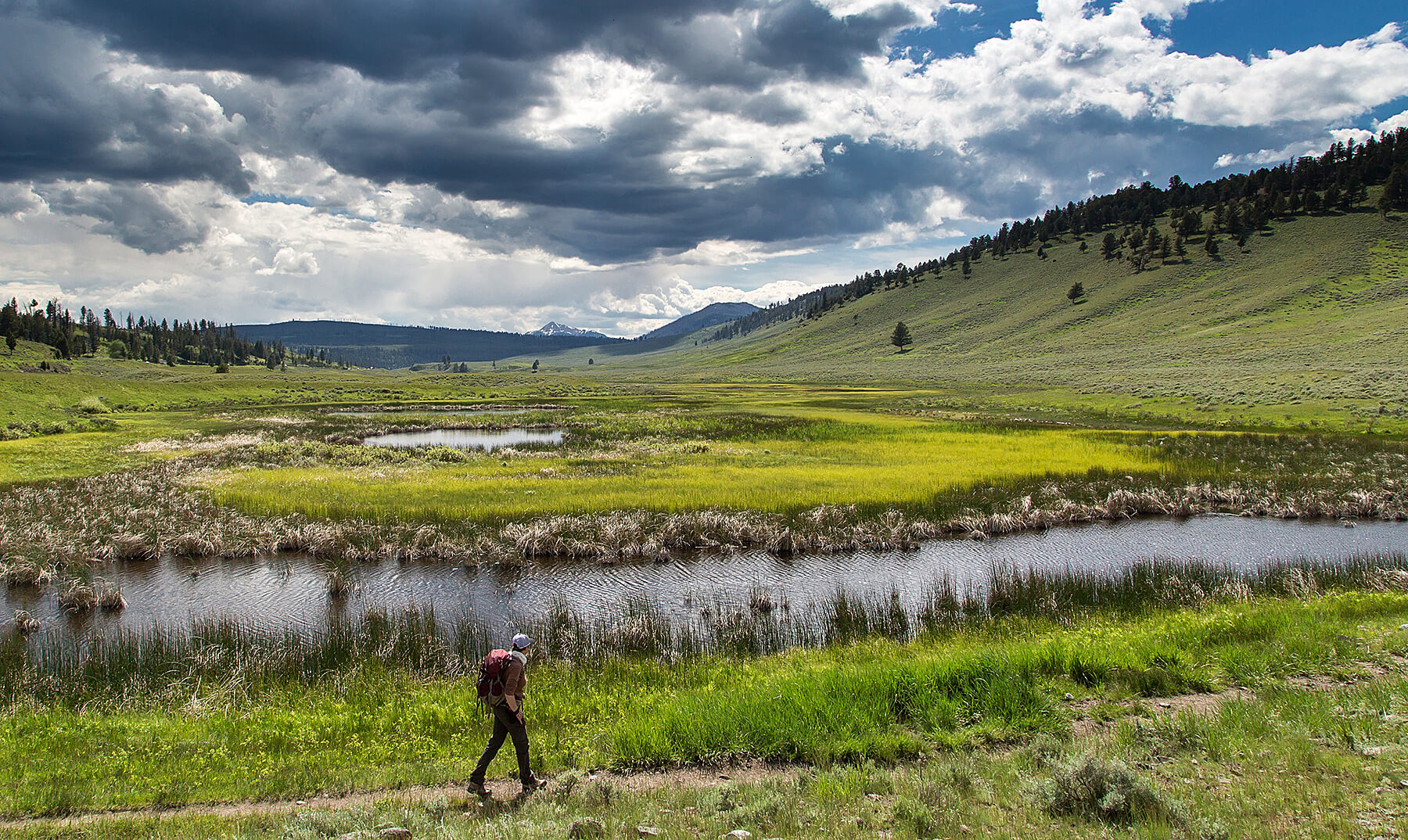 A new app available in Alberta, Canada, allows recreationists to report and locate grizzly sightings and give a confidence rating, data that could help wildlife managers.

If you’re in Alberta, Canada, you have a unique tool at your disposal to help scientists and wildlife managers keep track of grizzly bears. The GrizzTracker app, available for iOS and Android phones, allows people to pinpoint exactly where they have seen a grizzly bear, describing what they saw and how confident they are about it.

This app is an example of “citizen science,” which is the strategy of using the public to help compile data that can be used to assist wildlife management. Last month, a paper published in the academic journal Animals sought to evaluate the successes and obstacles of GrizzTracker in providing an avenue for citizen science. The results and recommendations are applicable to GrizzTracker, but can be used to improve citizen science efforts across disciplines.

What role can citizen science play in grizzly bear management? Keep reading to find out.

Grizzly Sighting? There’s an App for That

Dr. Courtney Hughes is a Biodiversity and Landscape Specialist with Alberta Environment and Parks. She got her doctoral degree in Conservation Biology with a focus on human dimensions — specifically, the social and cultural aspects of grizzly bear conservation.

Her PhD research, combined with practical work in the region where people working or recreating on the landscape shared their grizzly observations, caused Hughes to establish and co-lead a multi-stakeholder working group. The group, called the Northwest Grizzly Bear Team, aimed to take these outside observations, which were interesting and insightful, and turn them into information that managers could actually use.

“We thought, let’s try and develop a citizen science tool that will help systematically record these grizzly bear observations from folks out in our study area,” Hughes said. “And if we could, let’s use a smartphone to do it.”

This is how the idea for GrizzTracker was born.

GrizzTracker has three main goals. First, to increase education for the public about grizzly bears and the scientific methods used to study them. Second, to encourage stewardship for the bears and the landscape they inhabit. And third, to use the collected information for practical management purposes — tracking hot spots to minimize potential conflict situations with people, for example.

To evaluate GrizzTracker’s outcomes, Hughes and her team used Alberta’s Citizen Science Principles of Good Practice, a guide for how citizen science can be used effectively in the province. These principles became the framework for evaluation of GrizzTracker as a case study.

One main success of the app was that during the development phase, Hughes collaborated not only with the working group but also with potential users. The end result was an app that is more user-friendly.

“We really tried to work out kinks through piloting,” Hughes said. “So we tested it in a couple of different phases to make sure those bugs were addressed.”

From Smartphone to Science

In evaluating the app, one of the main obstacles that came up was hesitance from within the scientific community to trust data collected by non-scientists. To combat this, the app has a confidence rating, where people can say how sure they were about what they saw, as well as an automatic geo-referenced collection of an individual observer’s efforts. As for how wildlife managers may use this information in the future, Hughes has another paper in the works based on an online user survey that will model the data collected from the app.

Dr. Michael Proctor is an independent research ecologist and Vital Ground advisor who currently researches and implements conservation solutions for small, threatened grizzly bear populations along the U.S.-Canada border. Proctor says that one of the best ways that confidence in citizen science can be improved is with evidence.

A picture is the best way to corroborate a grizzly bear observation, says Proctor, though even photos can be fallible. He says that even though it is a hard part of the bear to photograph, the most definitive photos of grizzly bears show their distinctive front claws.

“What citizen science needs, what really would help improve it, is some form of decent evidence that clarifies or supports what they’re trying to report,” Proctor said.

With reliable observations, Proctor says that citizen science could help contribute to the identification of individual bears, understanding where bears try to cross highways, among other insights into their movement. Beyond that, Proctor says citizen science draws people into the scientific process and engages them with the issues.

“That’s a benefit beyond the direct science that they’re providing,” Proctor said.

Hughes says that one of the main hopes with citizen science in general is that through education of the public, it will increase a sense of stewardship.

“The more that you can provide information and spark that curiosity and engage people in learning, there’s often that stewardship ethic that starts to come along with it,” Hughes said.

At Vital Ground, we believe strongly in this stewardship ethic. While there’s nothing comparable to GrizzTracker currently available south of the border, we encourage conservation supporters in the U.S. to seek out other opportunities for citizen science! By supporting our mission of landscape-scale connectivity for wildlife, you are also contributing to a greater understanding of how grizzly bears and other species move throughout the landscape. We thank you!