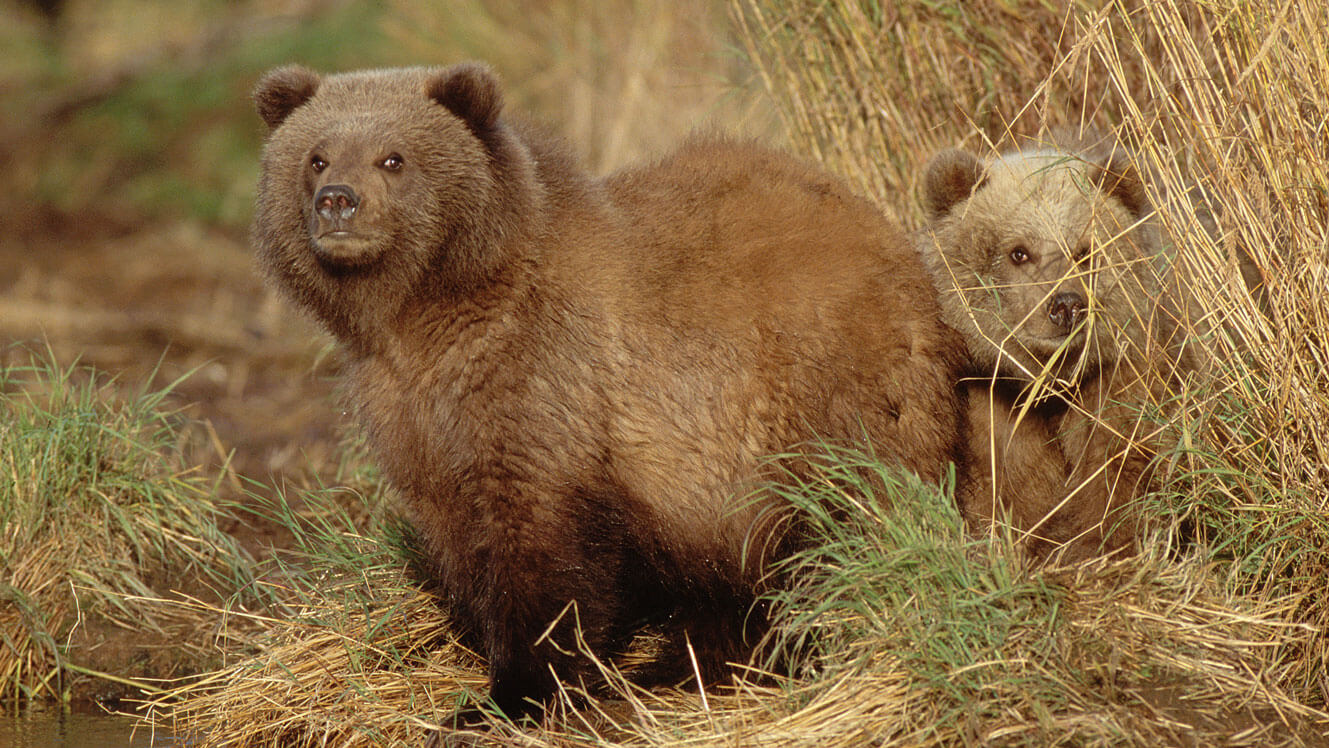 On Monday, March 7, Yellowstone National Park reported its first grizzly sighting of the year. After months spent hibernating through the winter, male grizzlies typically emerge from the den in early March. Females will follow with their cubs a short time later, often in April or May.

Hibernation isn’t so much a months-long sleep as it is a state of deep torpor. This biological adaptation allows bears to wait out the cold winter months when there isn’t enough food to sustain the species. During that time, the bears survive by relying on fat stores that they built up during the previous warm season.

And when warmer temperatures arrive, the bears emerge.

But as climate change affects seasonal temperatures more and more, how will grizzly bears respond? There’s a lot we don’t know about how climate change will impact grizzly bears, but research indicates their hibernation cycles will be affected in some way.

Research published in 2016 indicates that grizzly bear den exit is linked to weather. This means that warmer temperatures brought about by climate change could result in bears leaving their dens sooner.

It is possible that this could put them at risk of emerging from their dens before there is enough food. This issue has ramifications for both grizzlies and humans, in that it may drive grizzlies into human-populated areas in their search for something to eat. That would make spreading conflict prevention tools even more important to bear and human safety.

In their press release announcing the emergence of the year’s first grizzly bear, Yellowstone National Park urged human recreators to be extra careful this time of year. The park even restricts visitor activity in certain grizzly-populated areas to reduce the risk of interaction while the bears search for deer and elk carcasses to feed on. In Yellowstone National Park, those restrictions began on March 10.

Research published in 2019 studied the effects of climate change on the seasonal availability of the sambucus plant — a berry commonly used by people and a favorite of omnivorous grizzly bears. The study area in the Canadian Rocky Mountains encompassed the entire grizzly bear range in the Alberta province.

Growth chamber simulations sought to understand how sambucus would be affected by warming. The results indicated that in future climates, the berries may ripen up to three weeks earlier than they do now. This could result in food resources for the grizzly becoming out of sync during those critical warm weather months when the grizzly bear is trying to build up fat storage. This, in turn, could affect the grizzly’s ability to produce offspring while denning.

A Challenge for Cubs

Wayne Kasworm, a biologist for the U.S. Fish and Wildlife Service’s Grizzly Bear Recovery Program, has been monitoring grizzly activity, including denning behavior, since the 1980s. Based in Libby, Mont., he has covered multiple service areas in the Mountain West. Anecdotally, he says, it does seem that grizzlies are emerging from hibernation sooner than they used to. But it’s hard to say one way or another conclusively.

“I can’t say this unequivocally, but it certainly appears over time that we are getting earlier den exit than maybe we have in the past,” Kasworm said.

If they do begin emerging earlier, Kasworm is not so much worried about the grizzlies not having enough to eat — if it’s warm enough to wake them up, it may also be warm enough for the species that grizzlies eat. But he is concerned that early den departure might affect the health of grizzly cubs.

“I think the greater discussion point here is more related to reproduction — to cubs born in the den,” Kasworm said. “And when the female leaves the den, or if they need to leave the den earlier, what’s the impact on the young?”

Grizzlies have a long gestation period, and then the first few months of the cub’s life are spent in the den.

“The den environment essentially functions as an incubator during those months after a bear is born,” Kasworm said.

If that timing were to be cut short, Kasworm worries that we might see an increase in cub mortality.

And yet, if that were to happen, it would be really hard to figure out exactly what was impacting the bear cubs, and even tougher to put a finger on how to help them. In other words, we won’t know the extent of the fallout of climate change for grizzly bears for quite some time.

Besides hibernation, climate change also affects the habitat of the grizzly bear. For example, the whitebark pine, a tree with seeds that provide an important food source for grizzlies, is directly affected by warming temperatures. As omnivores who can survive in many habitats, grizzlies can adapt when things change, but those behavior shifts could lead to more run-ins between bears and people, especially as population growth and development continue to fragment and shrink wild areas in the Northern Rockies. So, while there is still so much we don’t know about how climate change will affect grizzlies, we can help protect grizzlies from our shared environmental crisis by preserving the land they need to live on and helping bears and people coexist safely.

By helping Vital Ground in our mission to conserve habitat and prevent conflicts, you are helping the grizzly be more resilient in the face of great challenges ahead. We thank you!