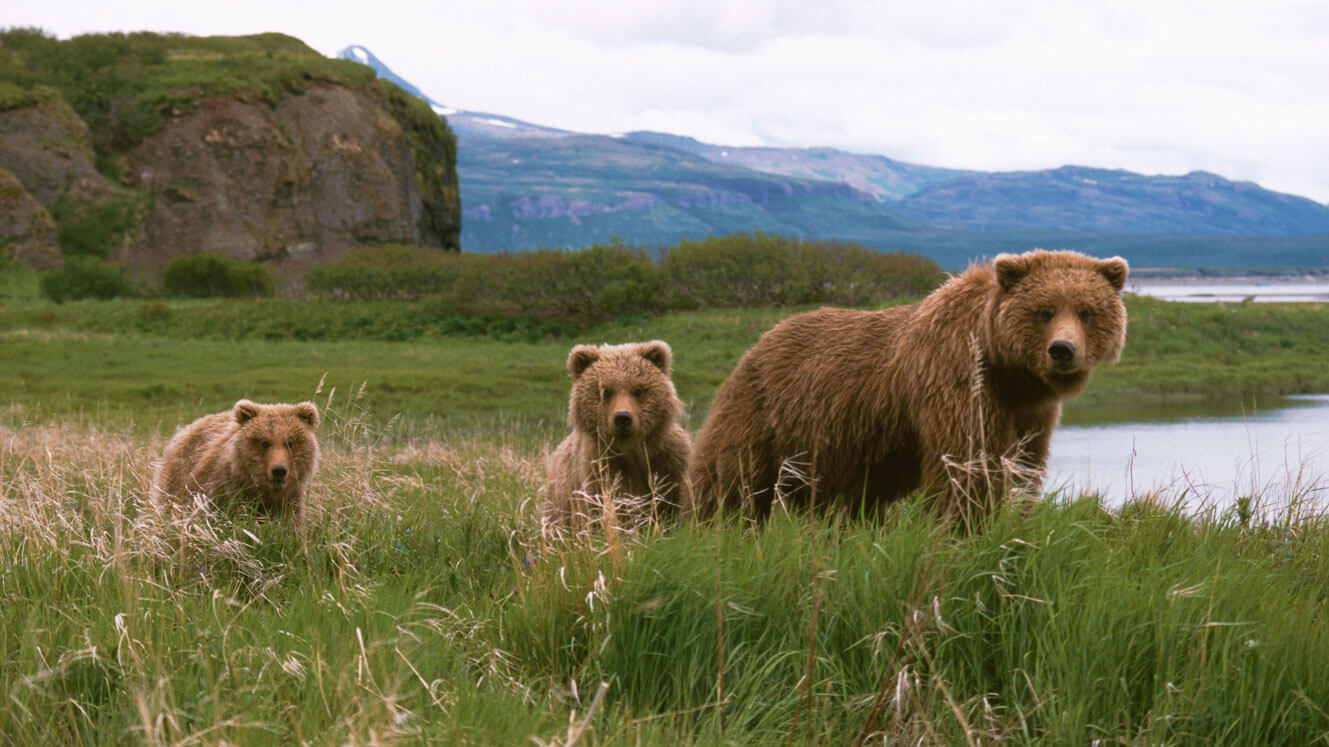 Photo: Larry Aumiller
Katmai National Park and Preserve in Alaska is home to over 2,000 brown bears. A few become famous during Fat Bear Week as they stockpile calories before winter denning.

That’s right, folks. It’s Fat Bear Week 2020, when Internet users everywhere celebrate the rotund, the hefty, the gorgeously plump and healthy bears of Alaska’s Katmai National Park and Preserve. If you’re just hearing about it now, Fat Bear Week features online voting for the fattest bears in Katmai and many creative verbal tributes like the Park Service’s. We certainly couldn’t put it better than they did.

Today, a male bear dubbed “747” was crowned this year’s winner, and the fact that he shares a name with an enormous airplane seems quite fitting. In a year with relentlessly depressing news, Fat Bear Week is a refreshing and fun way to celebrate our chunky ursine friends. It’s also a great chance to learn about bears. Let’s dive into the science behind fat bears and crucially, how they relate to conservation!

‘Tis the Season to be Fishy

As fall arrives and leaves change color, we often turn to cold weather comfort food, and so do bears! (No, we haven’t heard what 747’s favorite casserole recipe is.) After autumn, bears go into their dens to slumber away the winter and return above ground in the spring. Winter hibernation (scientifically termed “torpor”) means many months of fasting, and bears need to be ready for it.

To prepare for hibernation, bears enter a state called hyperphagia in the fall. Hyper means “over” and phagia means “hunger,” so you may get the idea. In this state a bear’s only focus is finding food for itself and any cubs it may have alongside. The goal is to bulk up with enough fat stores to stay healthy throughout the winter.

In the Lower 48, grizzly bears will eat an incredible 30,000 calories a day, and the numbers are even higher for Ursus arctos in the fish-rich coastal regions of Canada and Alaska, where most people call our furry friends brown bears (click here if you want to nerd out about when to call a bear a grizzly or a brown bear).

Bears are what we call an umbrella species, making use of many different habitats and resources. This means that their food can come in the form of tiny insects and berries all the way to elk and bison! Whether they’re feasting on Montana salmonberries or Alaskan salmon, bears can put on up to four pounds of body weight a day during hyperphagia. Incredibly, they don’t have the same health impacts from obesity and rapid weight gain that we’d see in other species. Scientists have studied this process and found that while bears will typically lose 20 to 40 percent of their fat during hibernation, they don’t lose any muscle mass. This indicates highly specialized evolution to cope with the demands of the hyperphagia-hibernation cycle.

What does that amazing evolution look like? Recent research from Washington State University found over 1,000 unique genes that allow a bear’s fat to be metabolically active during hyperphagia, which likely helps prevent the costs of weight gain other species would experience. Wouldn’t that be nice?

Unfortunately, autumn also ushers in a higher number of bear-related conflicts across their range. As bears seek high volumes of food, human-occupied areas become more enticing. Conflicts can arise due to attractants such as unsecured garbage, dirty barbeques, and smelly things like pet food stored outside. Even something as small as a bird feeder can attract a hungry bear.

But it’s not just yards that can pose a problem. Livestock incidents can become a bigger issue, with desperate bears resorting to targeting domesticated animals on ranches and farms. Hunting seasons for deer and elk produce conflicts as well, with humans venturing deep into the backcountry, moving quietly, and producing gut piles that can prove irresistible to a calorie-seeking bear.

There’s a slew of reasons these fall conflicts arise. First, bears simply need more food this time of year. Researchers also suggest that non-dominant bears may use human areas to find food in order to avoid conflicts with stronger bears.

Recent research adds a new cause for these conflicts: bears searching for non-protein nutrients. The study from the University of Sydney explains that grizzly bears seek out a diet of about 17 percent protein and 83 percent lipids and carbohydrates (a.k.a. fats and sugars). The study explains that bears are usually able to find enough protein, but are often limited in the other two categories. A search for these nutrients might drive them into human areas during hyperphagia.

As scientists continue to develop understandings of bears’ presence in human-settled areas during their hyperphagic period, one thing is clear: we have to do our part to prevent conflicts. Fat bear season is also the season to be especially diligent about bear safety. From storing household attractants to carrying bear spray and knowing how to use it, we can all help bears stay out of trouble and fatten up the natural way.

Which Bears Get to be Fat?

The brown bears of Katmai are singled out for their incredible weight this time of year, with last year’s winner “Holly” scaling in at an estimated 1,400 pounds. These bears have it relatively easy, with a massive number of fat-rich salmon available to them. This year, about 56 million fish came through the Brooks River that runs through Katmai.

In park settings like Katmai, bears are able to stay on the river all day, catching fish without expending too much energy. Experienced bears do the best, knowing where and how to catch the most fish, some nabbing around 30 fish each day. The experts have it down to a science, eating the calorie-dense eggs and brain and tossing the rest of the fish aside. (This practice leads to scavenging by other bears and a truly fascinating ecological interaction that you can read about here!)

Most bears don’t have it as good as our Katmai celebrities. The hunt for food requires a lot more effort without a buffet of fish swimming past all autumn. Even along the coast, salmon runs are frighteningly low in some areas, leading to some seriously underfed bears.

In the northern Rocky Mountains, where Vital Ground protects habitat, fish are a relatively minor food source for bears. They’ll bulk up on a combination of berries, roots, insects and other meat, with some bears eating up to 200,000 berries a day during hyperphagia. Now think about that many berries, day after day, for thousands of bears. That’s a serious number of berries, and requires a serious amount of land protected for these species to use.

Vital Ground is dedicated to preserving the habitat grizzly bears need to thrive, from spring scavenging to fall hyperphagia and beyond. We also work to prevent conflicts across grizzly bears’ range in the Lower 48, partnering with communities to help people and wildlife stay safe. A donation to Vital Ground is an investment in our wild spaces and creatures and helps fat bears (along with entire ecosystems of other critters) thrive across the northwestern states.

So here’s to Fat Bear Week and our portly champion 747, and let’s hope for many fat, healthy bears from Alaska to Idaho and beyond! We wish them the best in the final days before hibernation, and look forward to seeing them again next spring.