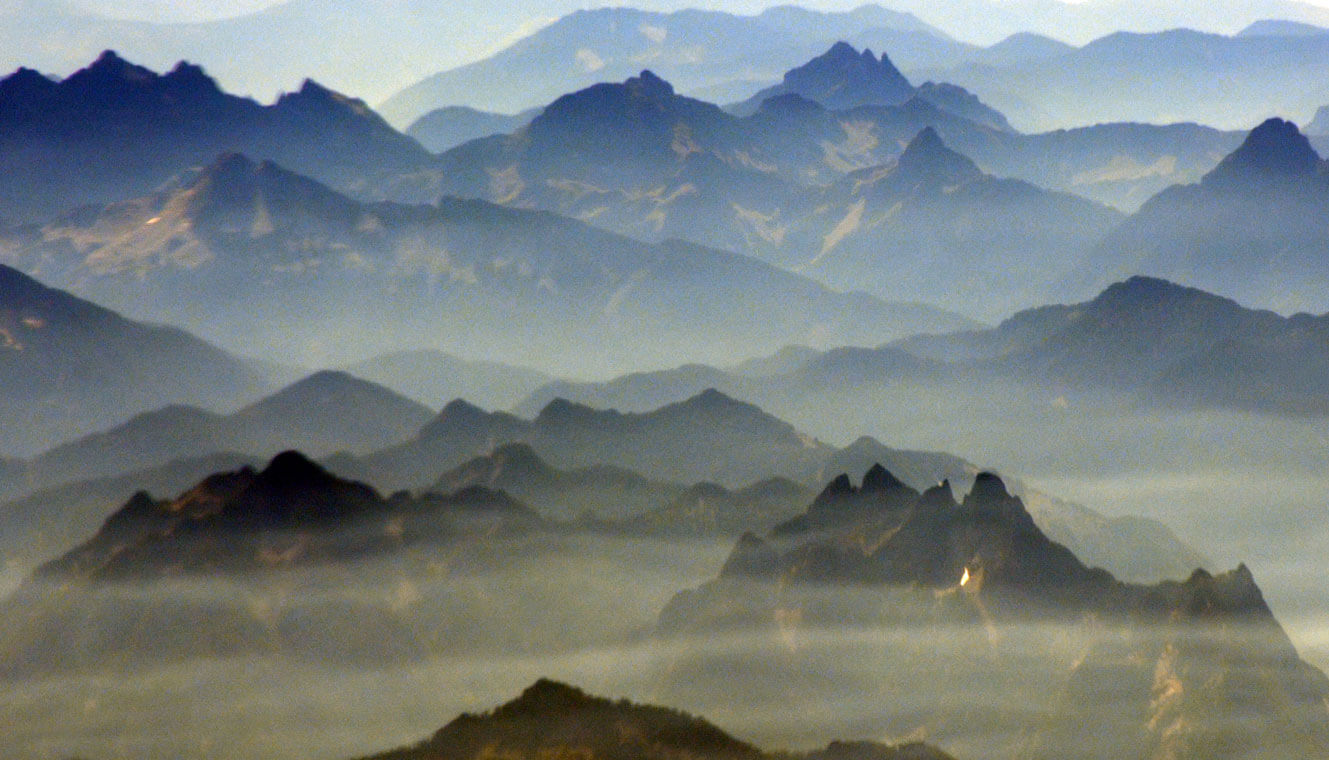 Fog fills the valleys beneath the jagged ridges of Washington's North Cascades. Grizzly bears are now closer to a comeback in the area after U.S. Interior Secretary Ryan Zinke announced his support for restoring the species to its historic range within the state.

Steep, remote mountainsides. Deep winter snowpack. Lush meadows full of spring and summer wildflowers. The North Cascades of Washington state have it all—all except for grizzly bears, that is.

But that may be changing sooner than expected. The Great Bear’s recovery in the North Cascades took a surprising step forward last week.

In a brief visit to North Cascades National Park earlier this month, U.S. Interior Secretary Ryan Zinke offered full-throated support for returning the grizzly to its historic range within the park and surrounding ecosystem.

Last year, the Interior Department ordered a halt to the National Park Service’s process of measuring public support for grizzly reintroduction in the area, but according to the Seattle Times, Sec. Zinke, as part of his visit to the part this month, expressed confidence in the ability of bear managers to reintroduce grizzlies without causing widespread conflicts with humans or livestock. He also said it is time to “look ahead 100 years, and connect wildlife corridors and landscapes,” according to the Times’ report.

From wildlife managers to conservation-minded citizens, many hands made this change happen. Decades of habitat conservation and conflict prevention has helped build a model in Montana, Idaho and Wyoming—a model for how people can work together on the land and in the community to make room for the Great Bear.

Now the Interior Department finally believes that model can also work in and around the North Cascades.

At Vital Ground, we have long supported returning the grizzly to its historic range in Washington. The North Cascades Ecosystem boasts more than 9,000 square miles of prime bear habitat, much of it public land protected within North Cascades National Park and surrounding national forests. That’s why the area is one of six recovery zones under the U.S. Fish & Wildlife Service’s recovery plan for the species.

But for all of its excellent habitat, the North Cascades has few to no grizzlies. Verifiable sightings are so rare that biologists don’t consider the ecosystem to currently hold a reproducing resident population.

That could change before long.

With last week’s announcement, the Park Service’s scoping process and impact assessment will resume. Last year, Vital Ground submitted one of over 126,000 public comments to the Park Service in response to its proposal of several possible grizzly reintroduction plans for the North Cascades. Reflecting our members’ commitment to grizzly recovery, we offered our full endorsement of the two options that call for gradual reintroduction of grizzlies via translocation, with a goal of establishing a stable population of 200 bears over the next 60-100 years.

Vital Ground has also supported several grizzly education initiatives in the North Cascades through our Conservation Partners Grant Program. From a documentary film (see below) to school visits, these projects have helped spread the word about the grizzly’s historic home in the region, and how communities could prepare for a Bear Aware future in which grizzlies and people both thrive.

Thanks to the hard work of many, that future is now closer to reality, and the Great Bear is a step closer to once again roaming the rugged peaks and green valleys of Washington’s great range.