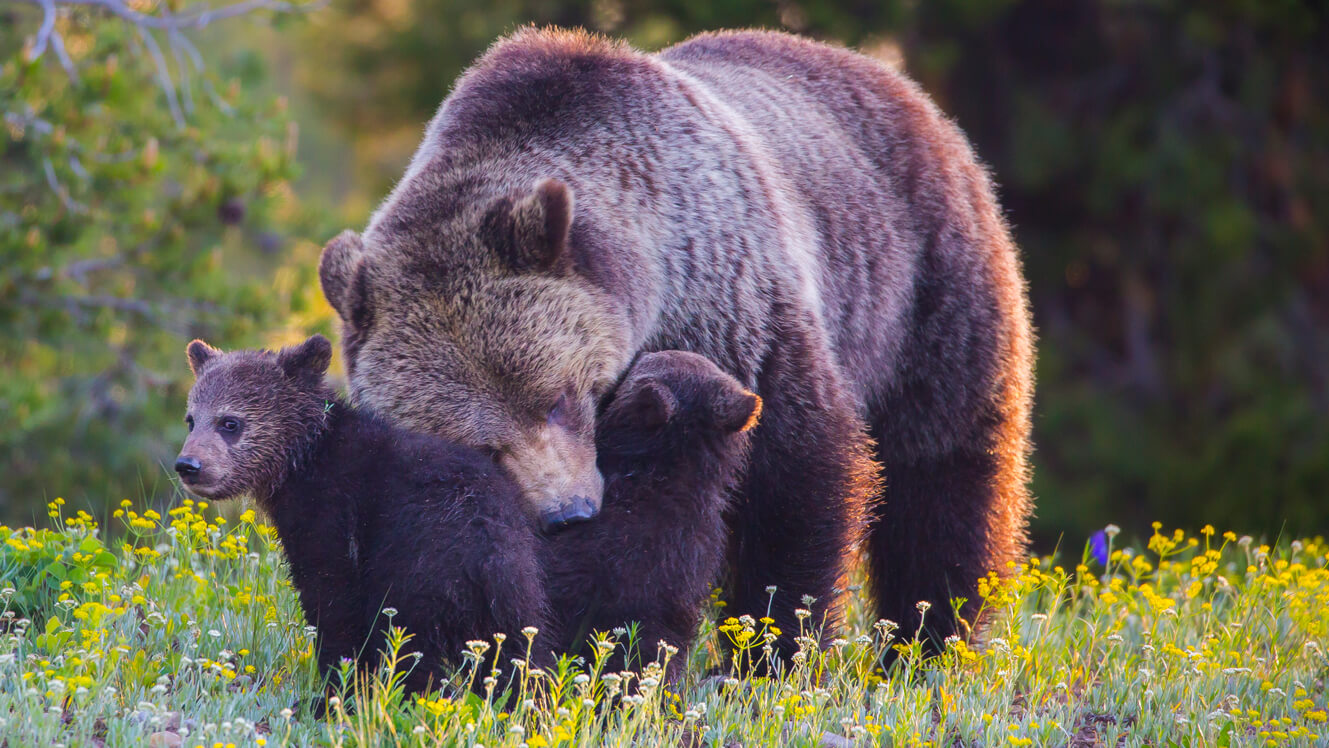 Grizzly bears and pancakes—it sounds like a sticky situation, right? Not so fast.

Fortunately, we’re not talking about our bear neighbors raiding the dumpsters at IHOP. For several years, Kodiak Cakes—best known for their hardy pancake mixes—have been doing their part to support habitat protection for the species whose likeness adorns their products on grocery shelves nationwide. Now, our business partners from Utah are taking their conservation commitment to another level.

Last month, Kodiak Cakes led a fundraising push for several current Vital Ground projects in celebration of World Nature Conservation Day. Totaling $100,000, their efforts are spearheading crucial work to conserve movement areas for grizzlies and other wildlife during an intense development boom in the Northern Rockies.

“Preserving open, wild spaces is incredibly important,” says Joel Clark, CEO of Kodiak Cakes. “When we learned about what Vital Ground was doing to preserve grizzly bear habitat and open space, we got really excited and passionate about that, because if you have a healthy grizzly bear ecosystem then really what that means is you have a healthy wildlife ecosystem with open space and open lands where all this wildlife can thrive.”

Kodiak’s fundraising will advance Vital Ground projects in the Rocky Mountain Front region of Montana. As the high peaks of Glacier National Park and the Bob Marshall Wilderness give way to prairie along the Front, protected public wildlands give way to agricultural lands and communities. With grizzly populations gradually expanding their range and returning to historic prairie habitat, conserving pathways of open space is crucial to a future of coexistence between bears and people on the Front.

Vital Ground’s new projects will do just that, conserving close to 1,000 acres through conservation agreements on two ranches. The projects are located east of the Bob Marshall Wilderness along waterways frequented by grizzlies, elk, native trout and numerous other wildlife species that move between mountain and prairie habitats.

“It’s a corridor used by grizzly bears as they come out of the Rocky Mountain Front and extend out into the plains which was their original habitat,” says Mary Sexton, a landowner partner whose family ranch along a tributary of the Teton River is conserved through a conservation agreement with Vital Ground. “Vital Ground understands that to have a grizzly bear population we have to have private landowners that are also interested in maintaining the quality of their land.”

From Vital Ground ambassador Bart the Bear II starring in a hilarious ad to years of steady support for conservation, Kodiak Cakes and Vital Ground have already enjoyed a thriving partnership. But the World Nature Conservation Day fundraiser elevated the relationship to a new level as it marked Kodiak’s first project-specific contribution.

“We love Kodiak Cakes’ passion for the outdoors and their dedication to preserving vital spaces for grizzly bears and all creatures great and small,” says Vital Ground Communications and Marketing Director Kevin Rhoades. “Their ongoing partnership in conservation helps protect key wildlife walkways in one of the most intact ecosystems on Earth, and for that we are deeply appreciative.”

With a clear, scientifically-backed strategy to conserve the Northern Rockies’ most crucial habitat connections on private lands, Vital Ground’s One Landscape Initiative offers a golden opportunity for partnerships that will carry a lasting impact for future generations.

If you’re a fan of Kodiak Cakes and a Vital Ground supporter, that’s good news. You can now enjoy your next stack of blueberry flapjacks knowing you’re part of a fruitful team effort that extends far beyond the breakfast table.