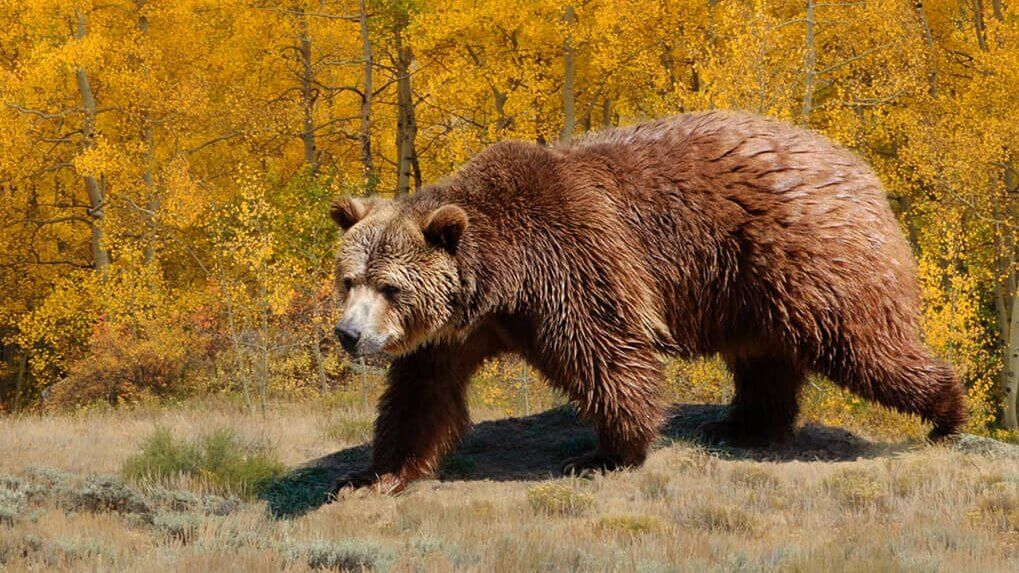 Grizzlies, especially young males, may travel great distances during fall as they search for food. A recent sighting along Lolo Creek in Montana’s Bitterroot Mountains is the latest sign of bears reclaiming historic range in the ecosystem, which could eventually link bears from the Yellowstone area with those from northwestern Montana.

Earlier this fall, shortly after Vital Ground celebrated its 30th anniversary online with supporters from around the country, some news from closer to home put extra wind in our sails. Our executive director, Ryan Lutey, showed up for our virtual staff meeting with a big grin one morning and we soon learned why: Ryan had been among the first to hear about a grizzly bear sighting along Lolo Creek, just a few miles upstream from his home on the edge of the Bitterroot Mountains.

By the 1980s, biologists deemed grizzlies functionally extinct from the Bitterroot Ecosystem that sprawls across central Idaho and Montana’s western edge. But as populations have rebounded elsewhere, bears have been documented crossing highways, rivers and railroads to return to this vast habitat, with the number of sightings on the rise in recent years. That bodes well for the eventual co-mingling of grizzlies from Greater Yellowstone and northwestern Montana, as Yellowstone bears are moving toward the southern Bitterroot and Montana bears toward its northern reaches.

With enough coexistence work and a bit of luck, female grizzlies will eventually return to the Bitterroot as well, and one of these days Ryan might just show up on our screens with an even larger grin and news of the Bitterroot’s first grizzly cubs of the 21st century!