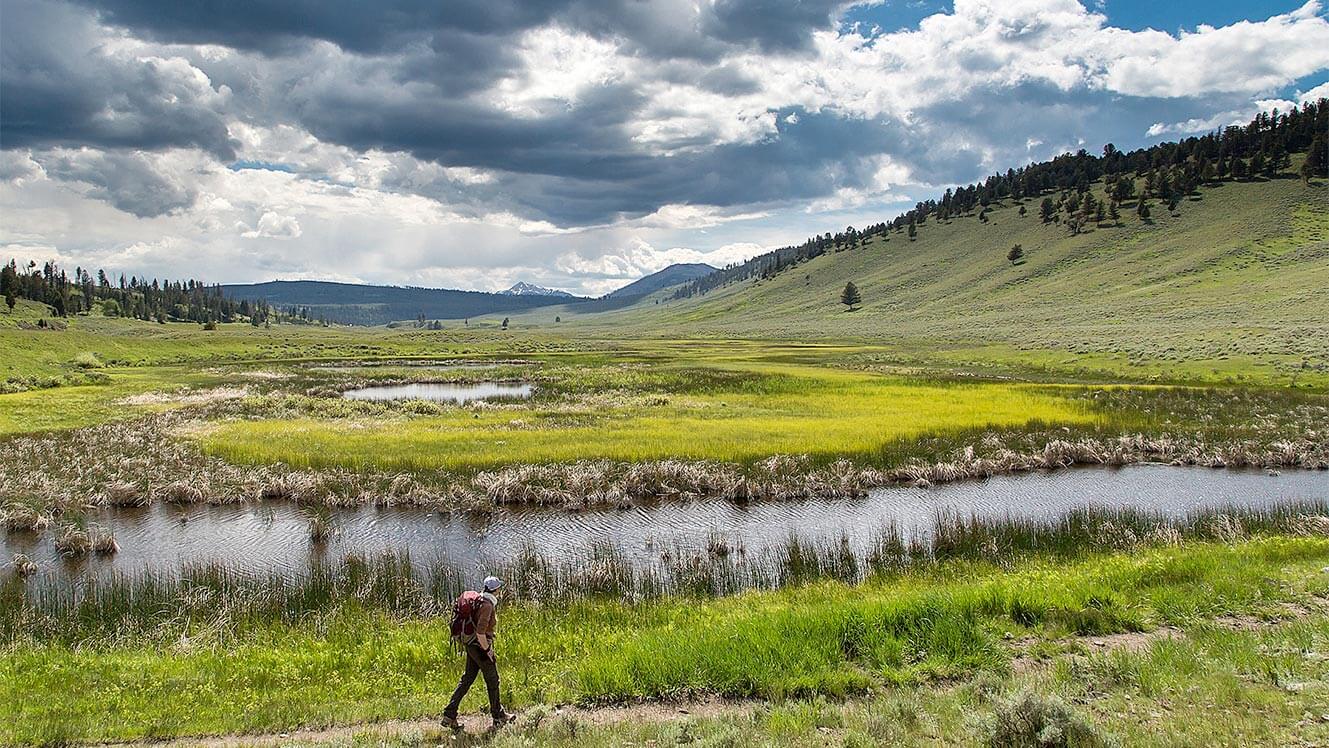 A recent study from the University of British Columbia and USDA, however, shows how social media can be a powerful tool to prevent grizzly bear conflicts with people. By consulting social media to compile human location information and comparing it to data on grizzlies, scientists have built a tool to find potential conflict areas. This is an awesome example of bringing modern tools to a familiar conservation problem. Let’s dive in!

Where Do the People Go?

Researchers looked at a study area in and around Jasper National Park in Alberta, Canada. Using data from sites like Facebook, Flickr, and the outdoor recreation app Strava, they were able to produce a map of human presence. Unlike us, however, grizzly bears aren’t able to tweet their locations, but researchers do use GPS collars to track their presence. (Just like we talked about in our recent blog post about grizzly 1017.)

Using this location data, researchers were able to produce models of both human and grizzly bear presence on the landscape. Building these models wasn’t as simple as placing dots on a map: Scientists explained that apps used while running or hiking, like Strava, provide excellent location data. Apps like Facebook, on the other hand, are usually accessed when people return to their cars and not from the trail. This had to be factored in to accurately understand where humans travel in the study area.

While we might think about quiet trail activities like hiking and mountain biking as carrying a low impact for wildlife, they have a definite effect. Grizzly bears like their privacy, and when comparing maps of grizzly locations and human locations, researchers found some interesting patterns: They saw that when there are more humans around, bears move faster through those areas. Grizzlies only chose to rest and forage in areas with low human presence.

How did they figure out what the bears were doing? GPS information from collars can show both the speed and angle of a bear’s movement. A travelling bear moves quickly in one direction, while a foraging bear moves slowly and in many different directions as they collect food. A resting bear, meanwhile, is still. They saw that the more humans were present, the more likely bears were to travel, rather than stick around to forage or rest.

This finding emphasizes how important it is to set aside habitat for bears and other wildlife. For grizzlies, the farther that habitat is from areas of frequent human use, the more it can help bears thrive.

Bears need their space, but as both grizzly and human populations grow in the Mountain West, the boundaries between them become thinner. Conflict prevention efforts such as carrying bear spray and securing bear attractants are crucial to keeping both people and wildlife safe across a shared landscape.

The recent study’s authors point out that modelling grizzly and human presence is an excellent way for wildlife managers and conservationists to target potential conflict hot spots. After identifying those areas, conflict prevention efforts and education can focus on those areas where humans and bears are most likely to run into each other. Since resources are often limited, this is a great way to work toward efficient and successful conservation.

At Vital Ground, we have gathered our own data in recent years, with more than 60 federal, tribal, state and independent bear experts helping us locate conflict hotspots and key grizzly movement areas in the Lower 48, information that forms the backbone of our One Landscape Initiative. With your support, Vital Ground works toward both habitat protection and conflict prevention in these crucial locations, tackling the two branches of conservation essential for grizzly bears’ future in the Northern Rockies.

By conserving wildlife habitat in key areas, we provide the room to roam grizzly bears need. We also provide partner grants to many conflict prevention efforts, so that as we protect habitat, humans and bears have the best chance to coexist and thrive. From range riders to community educators, electric fencing to bear bins, we support coexistence efforts across grizzly bears’ ranges.

Smart, efficient, and modern tools are needed to solve our accelerating conservation challenges. We’re excited about this new research helping improve grizzly bear conservation and can’t wait to see where it goes!