Conserving lush wetlands for the grizzlies and other wildlife of Idaho’s remote Selkirk Mountains.

The Idaho Panhandle is remote country, and its most remote and wild corner centers on Priest Lake, deep in the Selkirk Mountains. Just west of the 40-square mile lake, a long stone’s throw from Washington State and not much farther from Canada, grizzlies, wolves and cutthroat trout are just a few of the species that traverse Bismark Meadows.

Between the rugged peaks of the Selkirks, this lowland complex of meadows and wetlands totals 1,100 acres of mixed public and private ownership. Between 2001 and 2018, Vital Ground completed five land acquisitions within this wildlife haven, protecting nearly 1,000 acres of lush habitat. A small portion of the meadow remains unprotected as we work to ensure a permanent conservation outcome for this vital area.

Home to barely 50 resident grizzlies, the Selkirk Ecosystem is remarkably diverse and important. Comprising 2,200 square miles of Idaho, Washington and British Columbia, these mountains connect the larger ranges of southwest Canada with Montana’s Cabinet and Bitterroot Ranges. They also reach west across the roof of Washington toward the North Cascades.

That’s conservation gold when it comes to grizzly recovery. The U.S. Fish and Wildlife Service marked the Bitterroot and North Cascades ecosystems as vast areas full of prime bear habitat and big blocks of public land, yet neither one hosts a resident grizzly population. Enter the Selkirks. With enough habitat protection and community education, these wild borderlands could one day provide a key funnel, through which bears can roam south from Canada before spreading west to the Cascades or east to the Cabinets and Bitterroots.

It’s an ambitious vision, but we wouldn’t have it any other way. Through projects like Bismark Meadows and the rest of our work in the Selkirks, we’re seeing real results in this sensitive region. Biologists have tracked at least eight different grizzlies foraging at Bismark Meadows in recent years—we’d call that a good start. 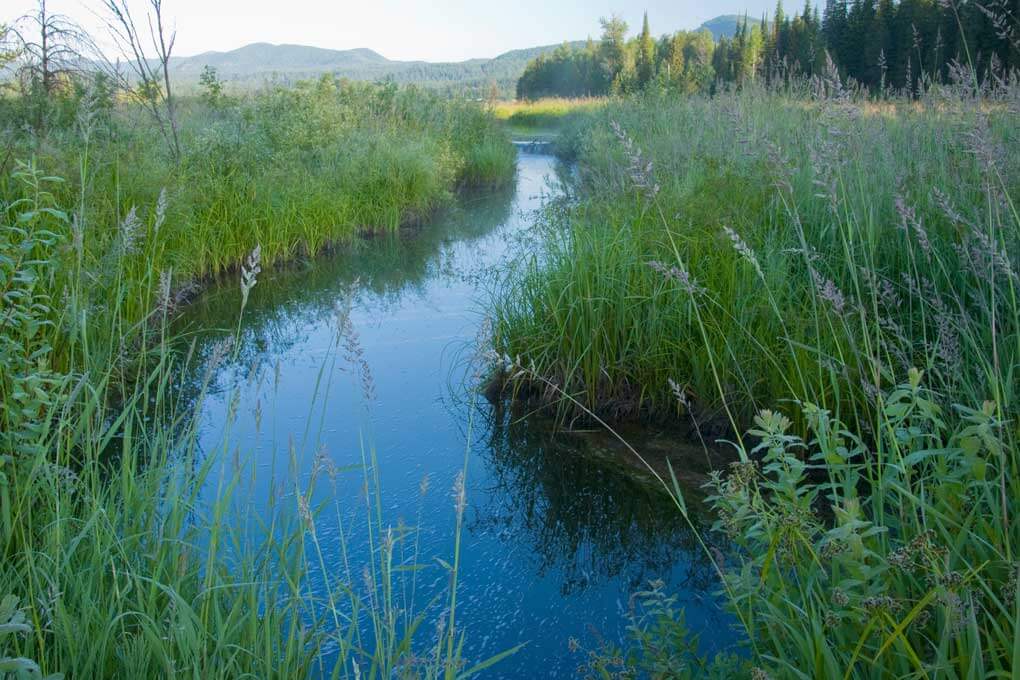 Bismark Meadows at a Glance