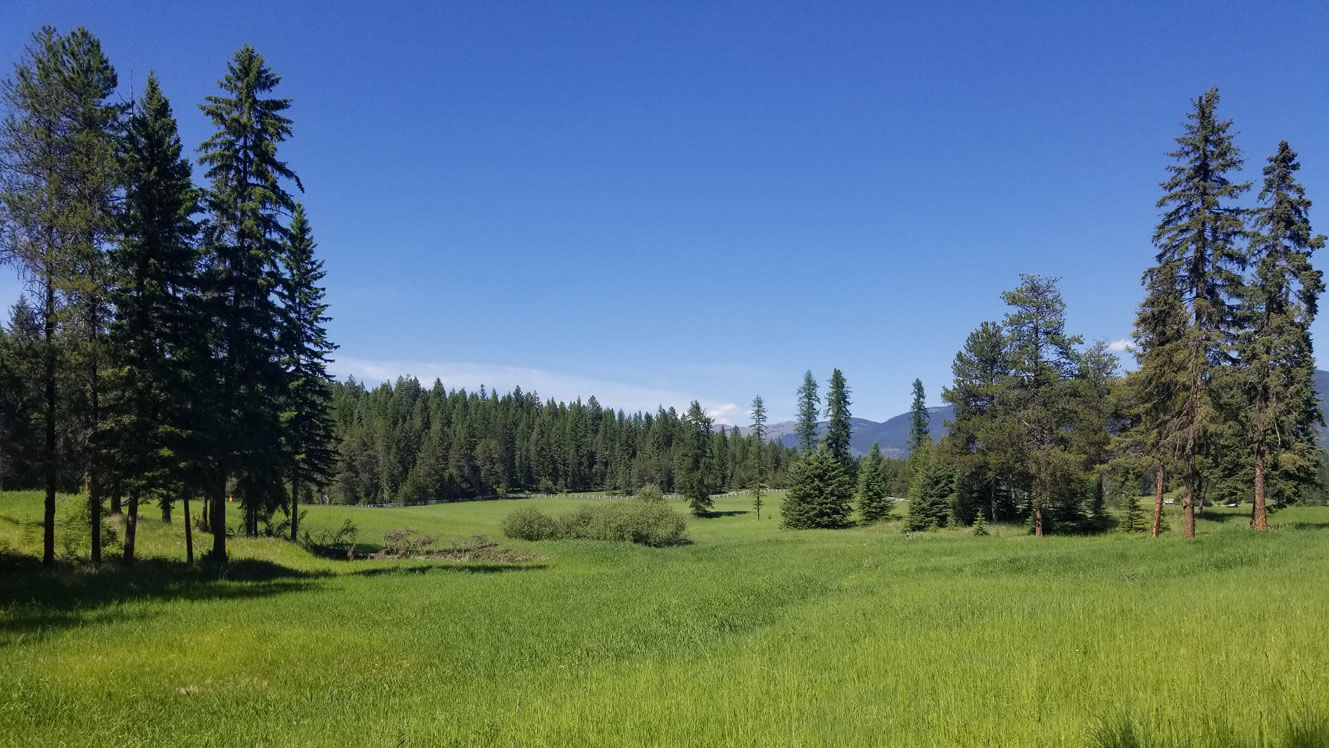 WHITEFISH, Mont. – A prime 100-acre piece of grizzly bear habitat will remain open and undeveloped in one of the nation’s fastest-growing regions after the Vital Ground Foundation and a conservation-minded landowner completed a conservation agreement this week for the acreage near Tamarack Creek nine miles north of Whitefish, Mont.

The property lies just south of Stillwater State Forest in a habitat-rich zone that helps connect wildlife in and around Glacier National Park with those farther west in the Salish and Cabinet mountain ranges of northwestern Montana. That connectivity is especially important for grizzly bears, with the Glacier area home to the lower 48 states’ largest population of grizzlies—roughly 1,100—and the Cabinet-Yaak area to the west hosting a largely-isolated subpopulation of around 50 bears.

Beyond grizzlies, the project site’s forest, open pasture and wetland habitat provides range for wolves, elk, deer and moose, as well as wide-ranging species of concern including Canada lynx and wolverine. The property will remain under private ownership, with its new conservation easement maintaining a portion for leased hay production and horse pasture while also protecting water quality and the scenic, rural character of the quickly-developing lands outside Whitefish.

“This area is critical for wildlife and wildlife movement,” says Mitch Doherty, Conservation Director for Vital Ground. “But it’s also still quiet and scenic, with that rural feel that we’re losing in too many places throughout western Montana right now.” 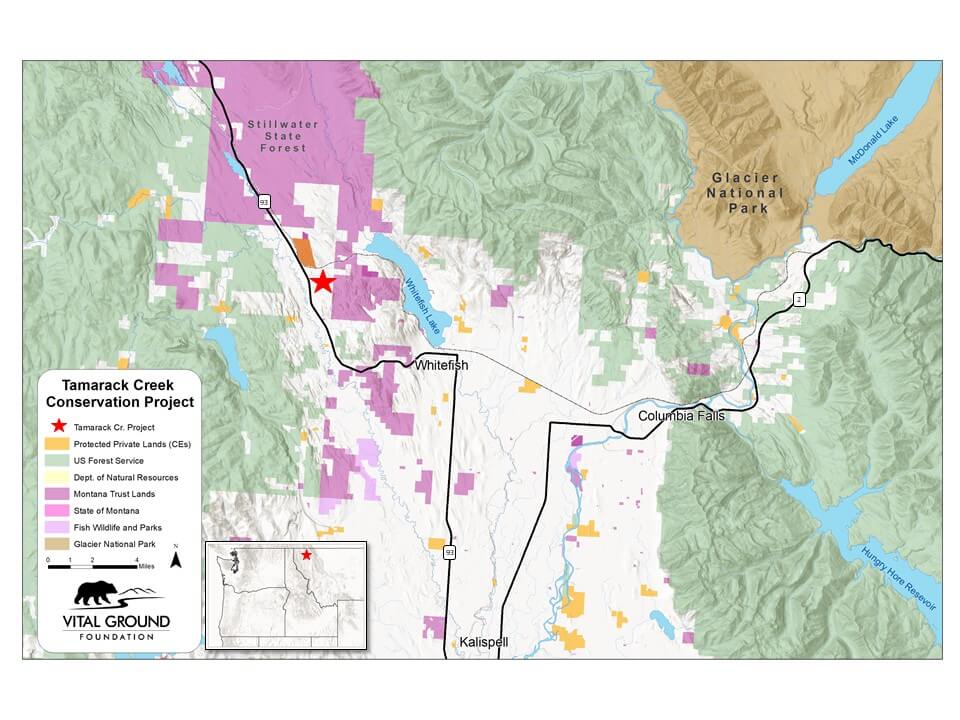 The project conserves open space that would become a hot commodity if opened to the area’s surging real estate market. Flathead County—home to the communities of Whitefish, Kalispell and others—saw its median home price rise by nearly 50 percent from 2020 to 2021 as people flocked to western Montana in a pandemic-fueled rush. That makes conserving 100 acres less than 10 miles from the center of Whitefish a crucial win for conservation.

Limiting subdivision and development protects both the area’s rural and agricultural identity and its wildlife. For wide-ranging species like grizzly bears and wolves, a denser human footprint means a higher risk of conflict through run-ins with people, domestic animals and household attractants like garbage.

“The rate at which development is occurring in and around the Flathead Valley right now is astounding,” says Doherty. “If it weren’t for landowners like this who want to protect the rural character of the valley and its habitat for wildlife, we couldn’t retain the scenic vistas and open spaces that everyone cherishes in Northwest Montana. Without conservation protections, this property would likely be dotted with homes in the next five to ten years.”

Habitat linkage areas like the state and private lands north of Whitefish bridge larger cores of national forestlands and play an outsize role in conservationists’ goals of connecting a regional landscape for wildlife. The project area is among 188,000 acres that garnered priority status in Vital Ground’s One Landscape Initiative, a conservation strategy to protect the most important private lands that link existing wild strongholds from Canada through the Glacier area and northern Idaho south to the Greater Yellowstone Ecosystem.

“One Landscape is simply a knitting together of the strongholds that remain,” says Douglas Chadwick, a biologist, author and Vital Ground trustee who lives in Whitefish. “If we can build wildlife corridors—connectivity—between these remaining strongholds of wildlife, it will hold up over time. This is saving Nature on a large scale and a connected scale.”