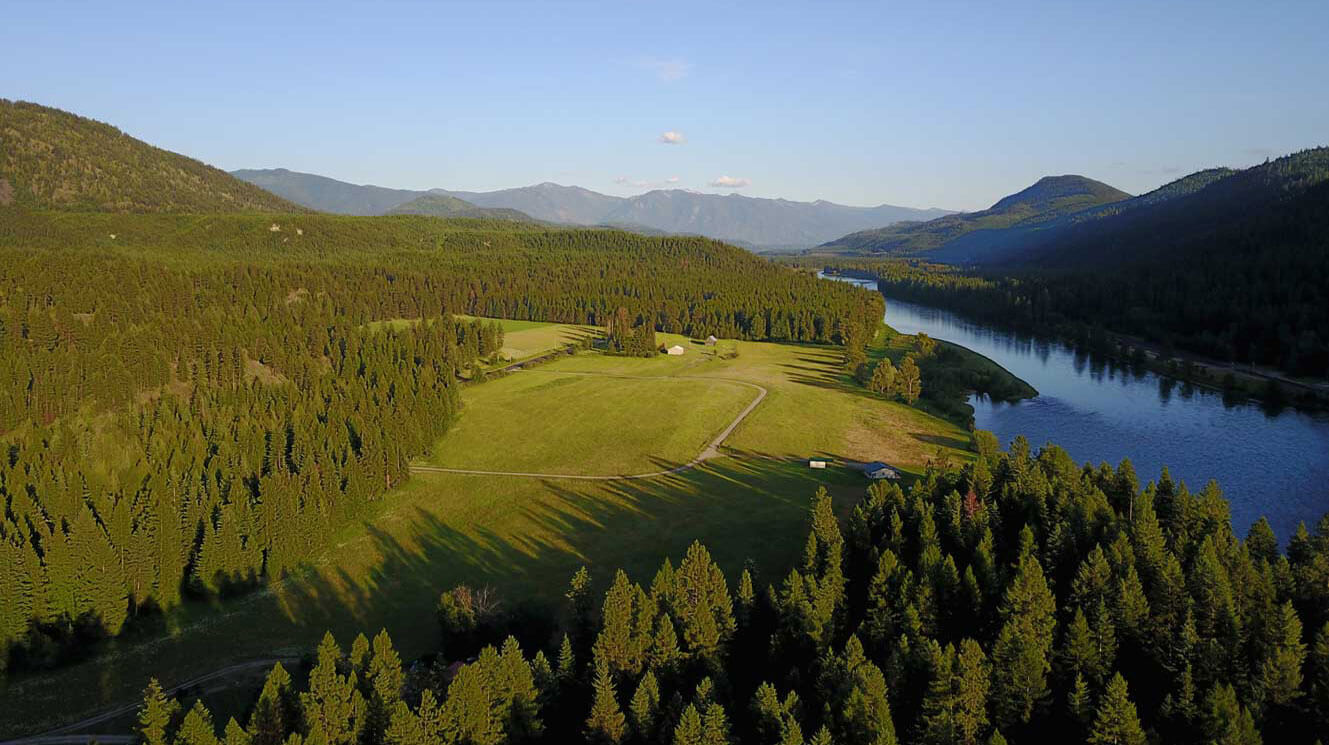 MISSOULA, Mont. – The Vital Ground Foundation and Yellowstone to Yukon Conservation Initiative (Y2Y) purchased two lots totaling 10 acres along northwestern Montana’s Kootenai River this Wednesday, protecting corridor habitat for grizzly bears and other wildlife within an undeveloped subdivision near the town of Troy.

The purchase extends the organizations’ Wild River Project, an effort to safeguard wildlife movement between the Cabinet and Purcell mountain ranges. The two lots adjoin other land purchased by the groups in 2017 and 2018, with the project area now covering 52.5 protected acres. Located near the confluence of the Yaak and Kootenai rivers, the Wild River area represents a natural bottleneck for numerous wildlife species.

“Y2Y is proud to be part of this project, one that secures a safe place for wildlife to connect—and stay connected in the future,” says Jessie Grossman, Project Coordinator for Y2Y. “Maintaining healthy ecosystems supports Montanans’ way of life and helps reverse the loss of wildlife habitat, a trend affecting animals in Montana and around the world.”

Wildlife biologists from multiple jurisdictions have long pinpointed the Wild River area as a crucial habitat connection. The Kootenai Valley splits the Cabinet and Purcell ranges, dividing the Cabinet-Yaak area’s recovering grizzly bear population into two largely-isolated subgroups with population estimates of just 25 bears each. By protecting habitat along the valley floor, the Wild River Project advances the long-term goal of reconnecting these grizzlies, which are threatened by continued habitat fragmentation and ongoing human encroachment into the few remaining wild landscapes they inhabit.

The two lots purchased this week include river frontage along a stretch of the Kootenai designated as critical habitat for the federally endangered white sturgeon and threatened bull trout. Vital Ground is partnering with Montana Fish, Wildlife & Parks to improve spawning habitat for sturgeon in and along the river. Biologists have documented more than 30 other national species of concern within a few miles of the Wild River area, including Canada lynx, wolverine and fisher.

“Vital Ground’s conservation efforts go far beyond their benefits to grizzly bears,” says Mitch Doherty, Conservation Manager for Vital Ground. “The work we’ll be doing with Montana Fish, Wildlife and Parks to improve white sturgeon habitat is a great example of that.”

Located between U.S. Highway 2 and the Kootenai River, the Wild River site lies across the road from a Vital Ground property protected in 2014. Totaling nearly 200 acres, these conservation investments remove the risk of residential encroachment and create a contiguous bridge of protected private lands across the valley floor, connecting state and federal forestlands in the Cabinet and Purcell ranges.

The Cabinet-Purcell corridor links Canadian wildlands with those farther south in Montana and Idaho. That makes it a crucial puzzle piece to both organizations. Y2Y pursues the vision of a connected, protected landscape from Yellowstone to Canada’s Yukon while Vital Ground’s One Landscape Initiative aims to protect 188,000 crucial acres between western Wyoming and the Canadian border, securing connected open space and wildlife habitat across the southern portion of the Yellowstone-to-Yukon region.