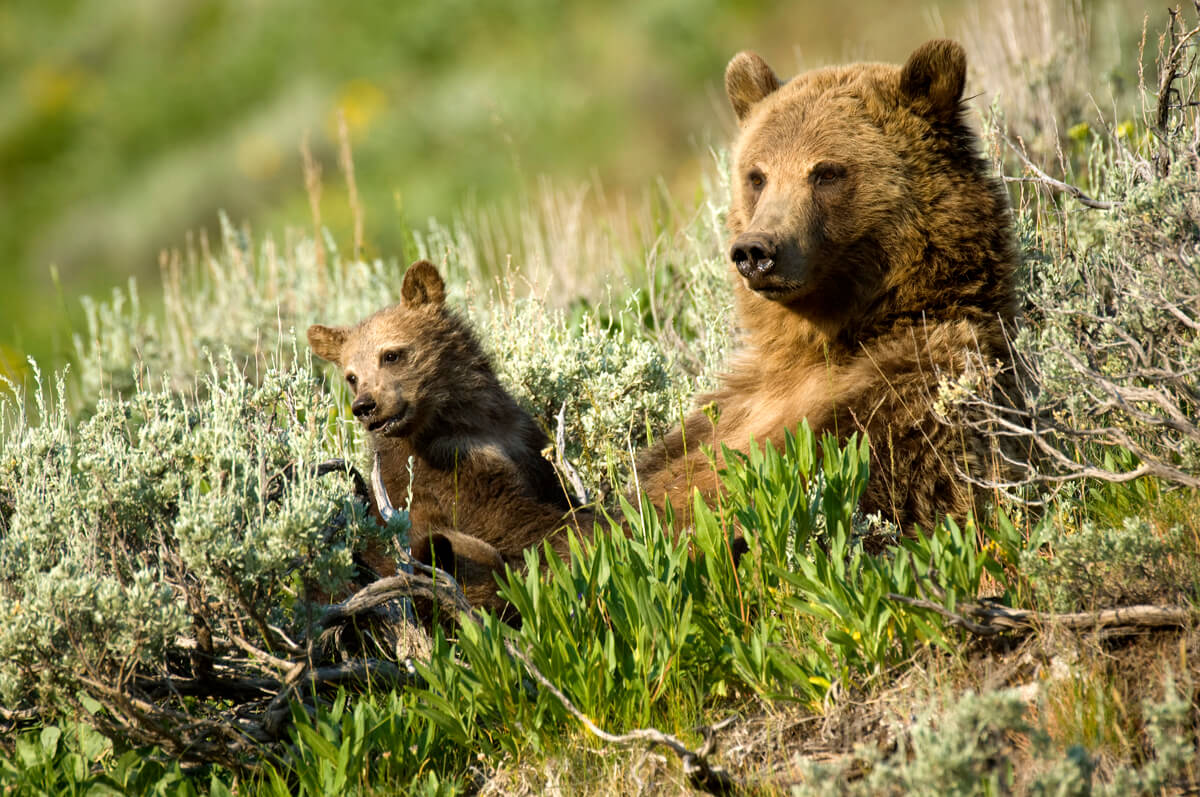 On Thursday, August 23, a parent’s nightmare came true in Yellowstone National Park. Hiking on a backcountry trail near Old Faithful, a family of three from Washington state startled a grizzly bear.

The sow grizzly, who was protecting a cub, crashed out of nearby vegetation and onto the trail, stopping the family in their tracks. As the father reached for his bear spray, his 10-year old son turned and ran away from the bear. She pursued, knocking the boy to the ground.

But the nightmare ended there. What happened next was the result of preparation instead of fear. The father approached the bear, deployed the pepper spray he had rented, and the bear fled. The boy had an injured wrist and puncture wounds to his backside. He would heal.

Preparation for an Unlikely Bear Attack

“Through the years when we were trying to get this thing launched, I had families like his in mind,” says Sally Vering, founder of Bear Aware LLC, the company that rented bear spray to the Washington family. Founded in 2015, Bear Aware offers Yellowstone visitors bear spray rentals lasting from one day to two weeks, with a rental store at the Canyon Village Visitor Center and seven drop-off locations around the park. The service helps hikers save the expense of buying a bear spray canister they may not use after their visit. With shared values of grizzly conservation and conflict prevention, Vital Ground maintains a promotional partnership with Bear Aware.

After many reports of close calls, last month’s event marked the first time that a Bear Aware rental has directly stopped an attack. It also marked the first reported bear attack within the park since 2015, with more than 10 million people visiting Yellowstone since then, according to National Park Service data.

“As heartbreaking as it is that they went through it, I’m so thankful they had the spray and they stopped it,” says Vering, who learned about the attack the day after it happened. But it wasn’t until another day later, after the family returned its rental, that she found out the attack involved her clients.

“We were floored,” she says. “Ironically, when I got the call from my staffer I was with one of my friends that I had first talked with years ago about the idea of starting Bear Aware—and we just cried.”

As Vering would soon learn via an email and phone call from the Washington father, it wasn’t just Bear Aware’s rental spray that stopped the attack. Without Bear Aware’s mandatory five-minute training course—which includes handling an empty bear spray can during a video simulation of an attack—the father didn’t think he would have been able to effectively drive off the grizzly.

“During the training, he said he was rolling his eyes and thinking, ‘This is overkill,” Vering recalled. “He’s an absolute believer now.”

From her phone call with the father, Vering learned that the boy is on the road to full recovery from the attack. What will last far longer than his injuries are the lessons in bear safety and conservation that the incident offers. Not only did the boy survive, but the grizzly sow and her cub will continue their lives in the Greater Yellowstone Ecosystem, too. While park rangers visited the attack site and used tracks to verify the bear’s species and the presence of a cub, they did not attempt to find the bears, knowing that a sow acting in defense of a cub is a natural behavior, not one that should be punished.

“We want to save hikers, but we also want to save bears,” Vering says. “Too often, if a bear attacks a human, the bear gets taken out.”

That conservation mindset is what led Vering to team up with Vital Ground as a promotional partner. And while last month’s incident validated Bear Aware’s work in the most meaningful of ways, it’s the broader knowledge that she is helping grizzlies and people coexist that drives Vering. In the coming years, she hopes to expand Bear Aware’s service, adding more drop-off locations, another rental booth elsewhere in Yellowstone, and perhaps, eventually, a presence elsewhere in grizzly country.

“The beauty is that you teach that bear to stay away from people,” Vering says. “The fewer bear-human conflicts you have, the better we all are at conserving the land and conserving the bear.”

And while it hopefully won’t always take a nightmare incident to turn people into Bear Aware believers, every time bear spray prevents a conflict, the work of grizzly conservation takes a step forward.

“It was a sow with a cub,” Vering says. “How heartbreaking would it have been for them to have been lost as well? Two families were saved that day.”

Learn more about bear attacks and how to prevent them…