THANK YOU for signing up as a monthly member of The Vital Ground Foundation. To show our appreciation, here are a few bonuses!  (Expect a few surprises through 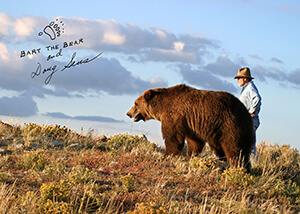 If you don’t know about the Vital Ground story …

In 1977, Doug and Lynne Seus were building a reputation as world-class animal trainers when they adopted Bart, a Kodiak grizzly who had been born recently in a zoo. He quickly became their biggest star—on the screen and in the flesh. Thanks to his trainers’ care, Bart the Bear grew from a six-pound fuzzball into one of the world’s largest bears. MORE … 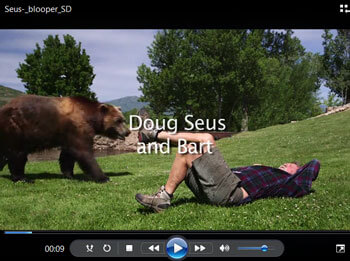 Bart the Bear was Vital Ground’s first ambassador. Bart was a force on the silver screen, but his legacy now extends far beyond Hollywood. That’s because Doug and Lynne weren’t content with raising and training one grizzly—their love for Bart inspired them to act on behalf of an entire species. Download Doug having fun with Bart while Doug garners support for Vital Ground. The video is a sure bet to make you laugh out loud! 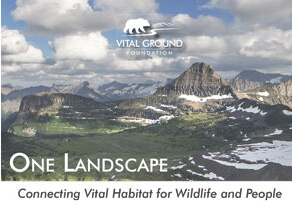 Vital Ground is boldly working to protect key natural areas in the Northern Rockies and Inland Northwest, of the richest remaining wildlife communities on Earth. By knitting together a permanently connected landscape, we will ensure the long-term survival of grizzly bears and the many native species that share their range.

There are many ways to support Vital Ground. Whether you shop for cool gift items in Bear Mart, give a tribute gift for a loved one, YOU can help protect the wild walkways of our world.