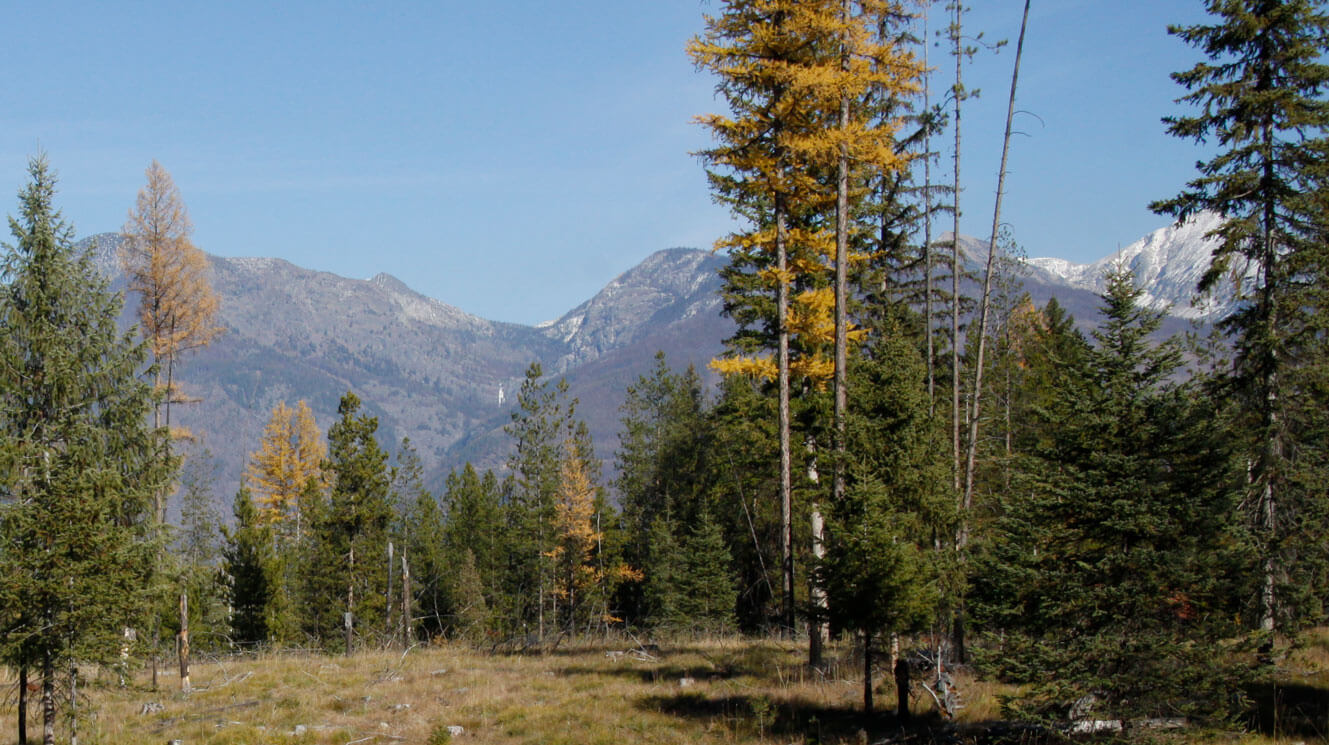 MISSOULA, Mont.—In Montana’s Swan Valley, grizzly bears, wolverine, moose and wolves cross the roads and backyards that lie between mountain ranges. Separating the Mission Mountains and the Bob Marshall Wilderness, the rural valley is both a crucial wildlife corridor and a blueprint for collaborative conservation.

Two hundred acres in the heart of the Swan are now protected forever as open space and habitat after The Vital Ground Foundation completed a conservation easement with the Quinn Family on Monday. With Missoula County and Montana Fish, Wildlife & Parks contributing funds to the project, the agreement will help grizzly bears and other animals pass safely across the valley, adding to a growing tapestry of conservation lands near the village of Condon.

“The Swan Valley provides critical linkage within the Yellowstone-to-Yukon region,” said Jim Quinn, who lives on the property with his wife, Terry. “This connection bridges the two most intact mountain ecosystems remaining on Earth. This is one of the world’s few remaining areas with the geographic variety and biological diversity to accommodate the wide-scaled adaptive responses that might allow whole populations of plants and animals to survive climate change.”

The Swan Valley lies in the heart of grizzly country, part of the larger Northern Continental Divide Ecosystem (NCDE), as wildlife biologists and managers call the lands in and around Glacier National Park and the Bob Marshall Wilderness. The NCDE is home to the Lower 48’s largest estimated grizzly bear population, with roughly 1,000 grizzlies calling the area home.

But encroaching human development in areas like the Swan, Mission and Blackfoot valleys splits the NCDE into fragments of contiguous habitat. To avoid isolation and maintain genetic variation, grizzlies need to be able to traverse these valleys and seek mates in new areas, and they need space and safety to make those crossings.

That’s why Vital Ground and other conservation groups have long focused on protecting habitat in the Swan. The Quinns’ easement adjoins several other properties protected by Vital Ground, part of the larger Elk Flats Neighbors Project that now includes seven easements and over 500 protected acres near Condon. Vital Ground’s overall conservation impact in the Swan is double that, with 12 easements totaling around 1,000 acres.

“Like many of the Elk Flats neighbors, the Quinn family’s ties to this land run as deep as their passion for wildlife conservation,” said Mitch Doherty, Conservation Manager for Vital Ground. “This project is evidence of their commitment to ensuring the Swan Valley will be a stronghold for grizzly bears and other wildlife well into the future.”

Achieving permanent protection for the Quinn acreage turned into both a creative and highly collaborative undertaking. Using funds from its 2006 Open Space Bond, Missoula County joined Montana Fish, Wildlife & Parks as significant backers of the project. Vital Ground also transferred an adjacent 40-acre property that it owned to the Quinns, with a separate easement on that parcel accompanying the primary 160-acre agreement.

All told, the result is permanent protection of 200 acres, most of which have been in the Quinn family for more than 70 years. For its current stewards, Jim and Terry Quinn, the outcome not only secures the family’s conservation legacy, but it also protects a future for some of America’s most iconic and imperiled wildlife.

“We want to do everything we can with our land to put it into permanent conservation,” said Jim Quinn. “We see lots of grizzlies walking through our place and they’re all good bears. We haven’t had one bit of trouble with any of them. Right now the grizzly bear in the Lower 48 states has lost almost all of its habitat, so we look forward to working with as many people as possible to help them understand the importance of this animal. Hopefully they’ll always be on our landscape.”

Learn More About Vital Ground’s Work in the Swan Valley…