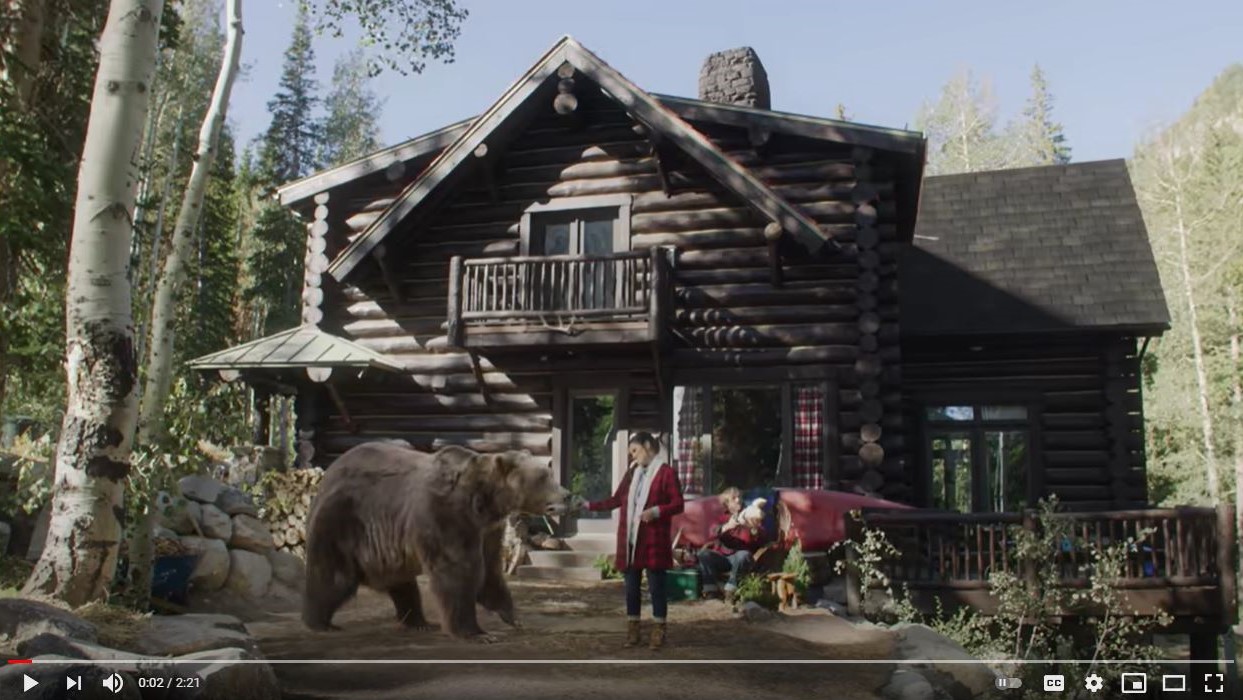 Every lumberjack needs a few things for a great day in the woods: a beard, flannel, tools, a hardy pancake breakfast, and … a pet grizzly bear?

That’s the recipe for success, at least, in a wildly popular new ad by Kodiak Cakes that stars Vital Ground ambassador Bart the Bear II. Released earlier this month, the ad has garnered nearly 3 million views on Facebook, delighting audiences with the humorous exploits of a “modern” lumberjack family and their 1,100-pound, newspaper-fetching bear, Fluffy.

A Utah-based whole foods company known for their pancake mix, Kodiak Cakes is a multiyear business partner of Vital Ground, supporting conservation for grizzlies and other wildlife as they donate a portion of each sale to habitat protection.

“We believe in keeping the frontier wild for future generations,” says Cori Stevens, Senior Manager of Continuous Improvement for Kodiak Cakes. “We are committed to maintaining public awareness and support for wildlife conservation both locally and globally.”

Of course, Kodiak also supports wild and healthy lifestyles for people, whether that means felling trees or bench-pressing their trunks while Fluffy cheers you on, as a deceptively strong lumberjack child demonstrates in the new ad. Earlier in the story, Fluffy roars encouragement as Lumber Mom attempts to feed her resistant logger children scrambled eggs—breakfast being a nightmare, of course, until the parents discover Kodiak Cakes and can trick their kids into eating healthy.

“They’re easy to make and very tasty, even my picky kids love them,” says one Janet A. in a testimonial late in the ad, which Fluffy translates into grizzly with a final deafening roar.

Adopted as an orphan cub by Vital Ground co-founders Doug and Lynne Seus, Bart II can now add “Fluffy” to a long list of credits that includes roles in Game of Thrones, Into the Wild and Without a Paddle. More important than any film appearance, however, have been Bart’s contributions to conservation, as his fame has generated invaluable support for Vital Ground’s work to protect habitat on behalf of wild grizzlies and all biodiversity.

And while the bulk of his legacy extends far beyond human culture, we’d like to think Bart’s recent exploits might just help people live a little healthier while their Kodiak Cakes patronage supports healthy wild landscapes. Oh, and lest we forget, they have toaster waffles, too, thanks to some previous help from Bart: