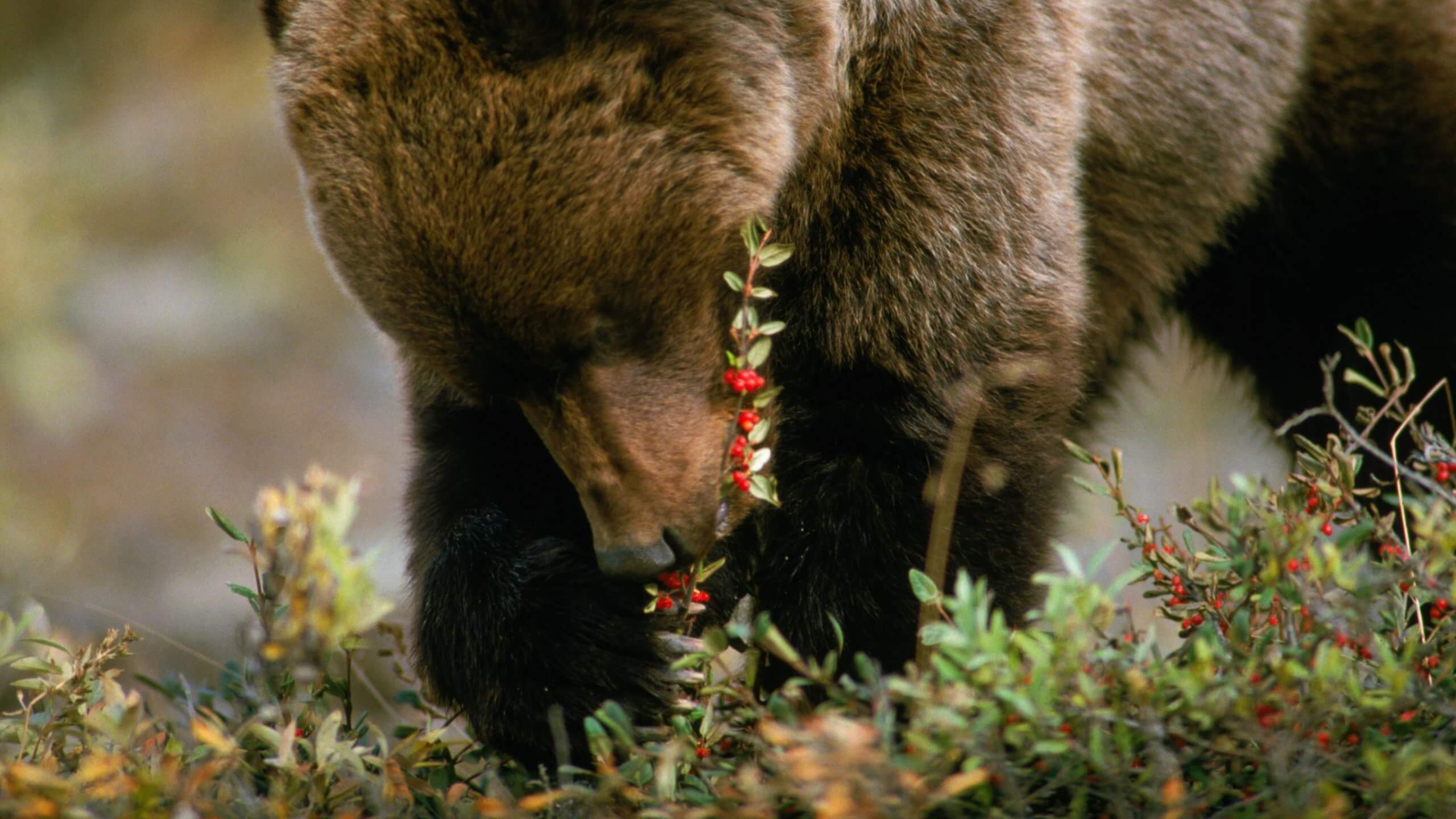 Photo: Thomas D. Mangelsen
A grizzly forages for berries in Alaska's Denali National Park. Bears in many regions have been forced to adapt to shifting berry seasons caused by climate change.

Berry season in the Northern Rockies is a fruitful time for many species. With huckleberry pies, jams, taffies, lip balms, and even infused-vodkas lining the shelves it is clear that these simple fruits have us all in sweet-induced craze — humans and wildlife alike.

The Common huckleberry (Vaccinium membranaceum) is a staple of the Northern Rockies, and has long-standing cultural importance for the Indigenous tribes of the region. From mammals like deer and grizzlies, to native birds and pollinators, this mountain-loving shrub sustains biodiversity across Vital Ground’s strategic focus areas.

The end-of-summer berry season is especially important for bears because it aligns with the period when grizzlies enter hyperphagia, a state of nearly constant eating and drinking in preparation for hibernation. Colorado Parks and Wildlife estimates that black bears will eat up to 20,000 calories per day during this phase of bulking up before winter. For grizzlies, the number can be even higher, around 58,000, especially in a year with strong berry growth. Berries offer a high-calorie and vitamin-dense food source for these foraging omnivores and The University of Calgary reports that a large, male grizzly can eat as many as 200,000 berries in a single day.

Human-wildlife coexistence specialists like Blair Fyten of Parks Canada warn that, due to the intensity of foraging in the late summer and early fall, bears are less likely to notice people nearby — making proven safety measures such as traveling in groups, carrying bear spray, and frequently making noise even more crucial to continued coexistence.

Silver buffaloberries (Shepherdia argentea) are another bear favorite during hyperphagia. Widespread as a native shrub through the Dakotas and Montana, and northward through southern Alberta, Saskatchewan, and Manitoba, these bitter berries were traditionally used by Indigenous peoples as dyes, medicines, and as sauce for bison meat.

But for bears in the region, the historical reliance on buffaloberries is threatened. A 2019 study by researchers at the University of Calgary forecasts that hotter temperatures in the Northern Rockies could lead to a troubling mismatch between bears’ peak foraging weeks and the height of buffaloberry season. Their analysis reveals that in as little as 60 years, buffaloberries could ripen as much as three weeks earlier, with these temporal shifts more extreme at higher elevations. As plants respond to changing temperatures by producing berries earlier, bears will have a shorter window in which to feed on one of their central food sources.

“They’re going to have to look for alternate food resources,” said the lead author of the study, David Laskin, in a CBC interview. “This might lead them into places where they wouldn’t normally go. Places where they might get themselves into trouble.”

In Alberta’s Banff National Park, wildlife specialists report that hot and dry conditions in 2021 led to the buffaloberry crop being reduced by 80 percent from its 2020 level. So far, Fyten says their 2022 season is repeating that shortage.

According to Fyten, these berry deficits will likely cause bears to turn to grazing and animal carcasses for sustenance. He worries that attractants like garbage and urban fruit trees may pose a higher risk as bears become increasingly desperate for alternative food sources.

“Most conflicts between people and bears are traced to easy-to-get human food, garbage, pet food, bird seed, etc.,” says Colorado Parks and Wildlife. “When people allow bears to find food, a bear’s natural drive to eat can overcome its wariness of humans.”

As successful conservation efforts allow grizzlies to repopulate portions of their historic range and as changing berry availability alters bear foraging patterns, coexistence will rely on continued vigilance by landowners to ensure attractants are secured across grizzly country. Your support of Vital Ground helps, too, through our conflict prevention partnerships.

Changing local climate conditions demand adaptive and innovative approaches to human-wildlife coexistence. Since our formation, Vital Ground has partnered with organizations implementing preventive safety measures in high priority areas. We are proud to continue providing grants for a variety of creative conflict-reduction projects.

In the Flathead Valley, People and Carnivores provide electric fencing on farms and fruit orchards. We also support the Confederated Salish and Kootenai Tribes who teach local landowners about cider-pressing and fruit-gleaning to minimize attractants on their properties, among other long-standing coexistence practices. In addition, we fund programs that provide bear-resistant garbage containers and electric fencing in several areas across the region.

It is an honor to be surrounded by a community committed to a future of coexistence. Thanks to our conflict prevention partners and to individual supporters, like you, we are able to fund these essential and preventative measures so that bears, other wildlife species, and people can all stay safe while enjoying the delicious berry offerings of our shared home. 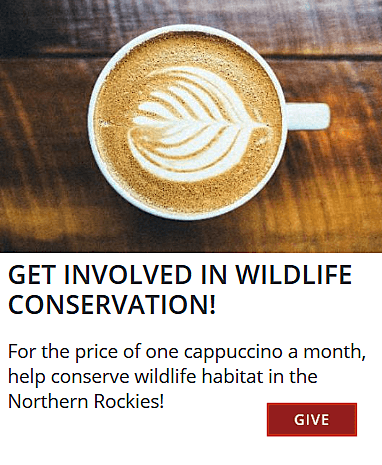